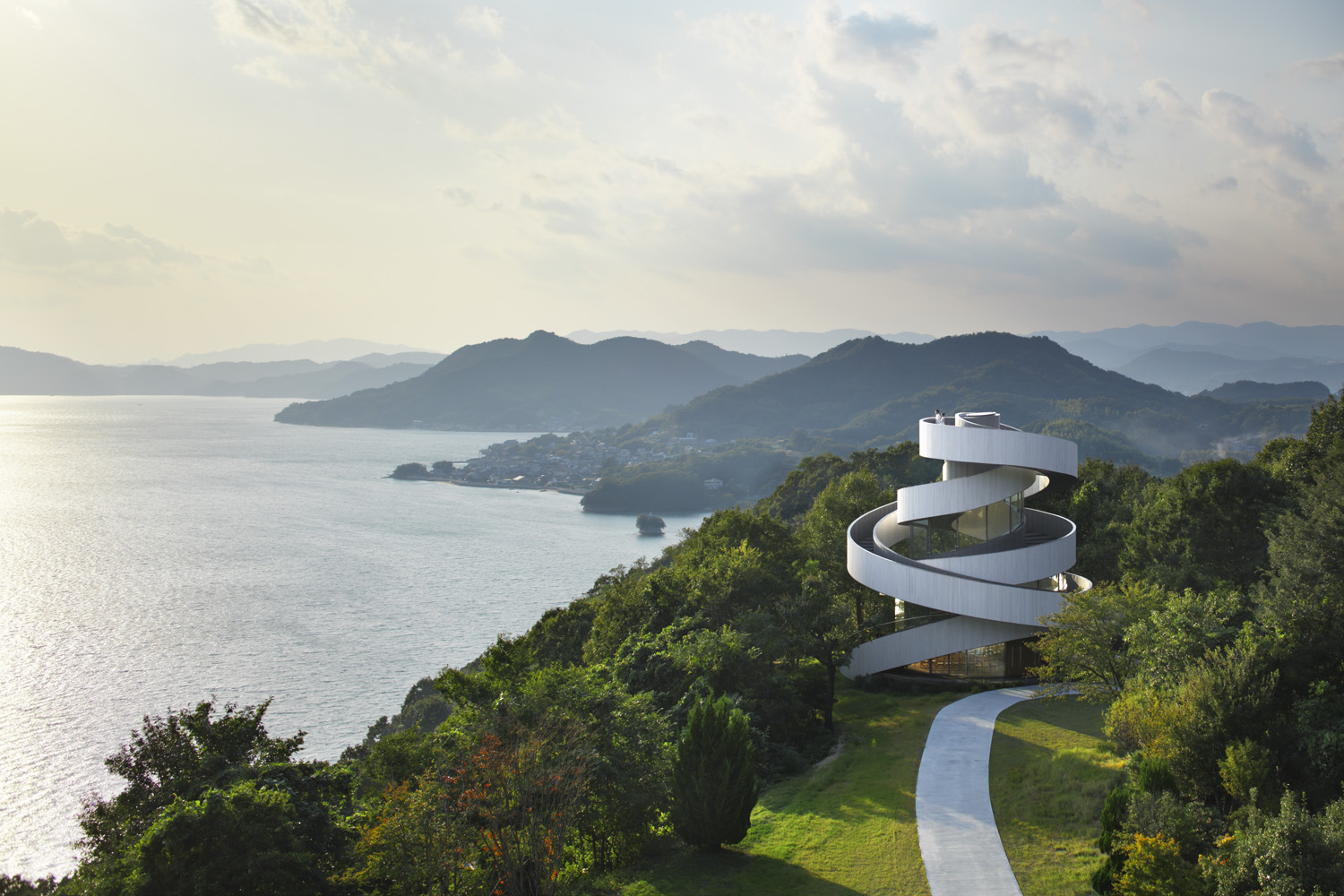 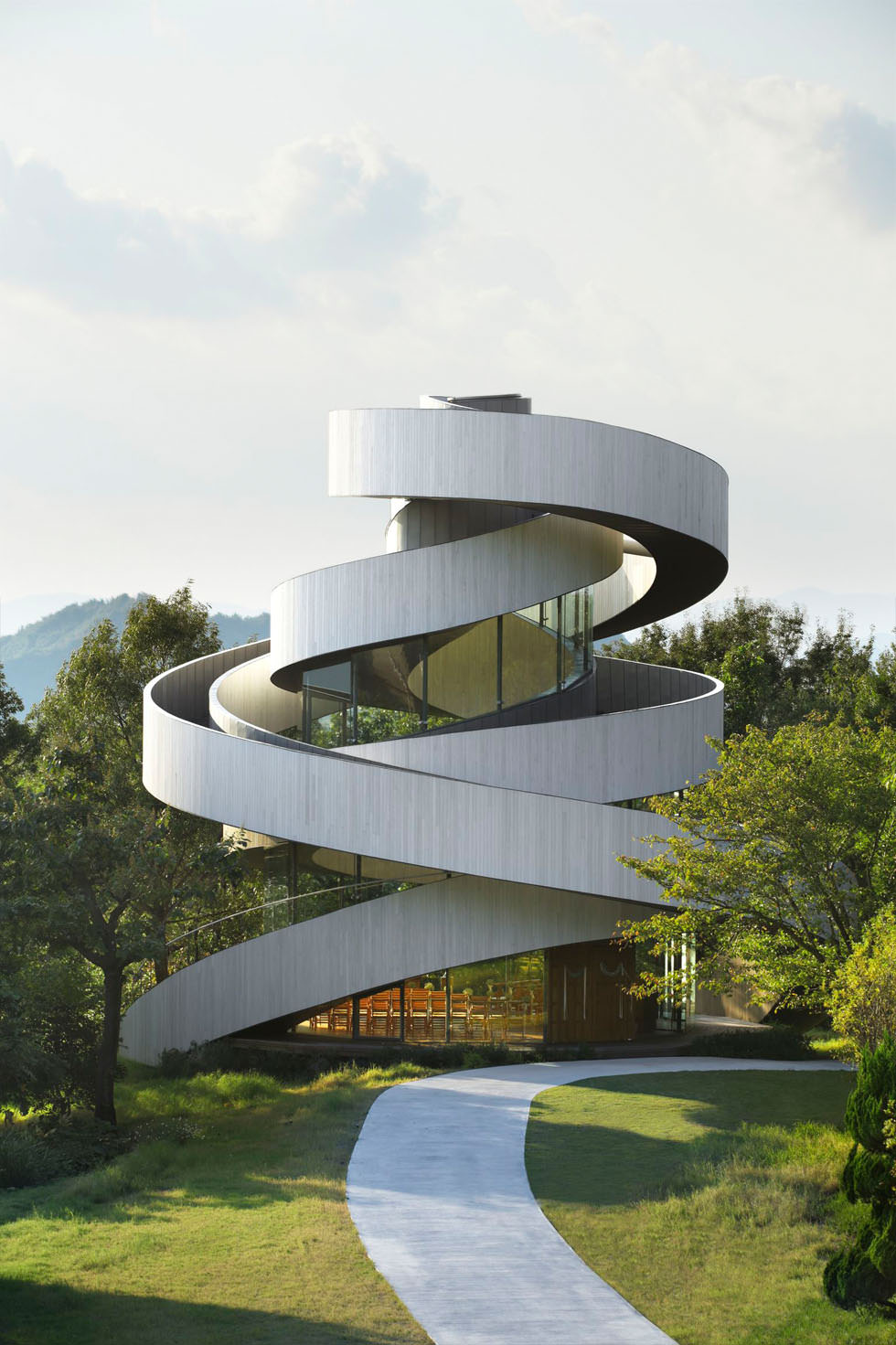 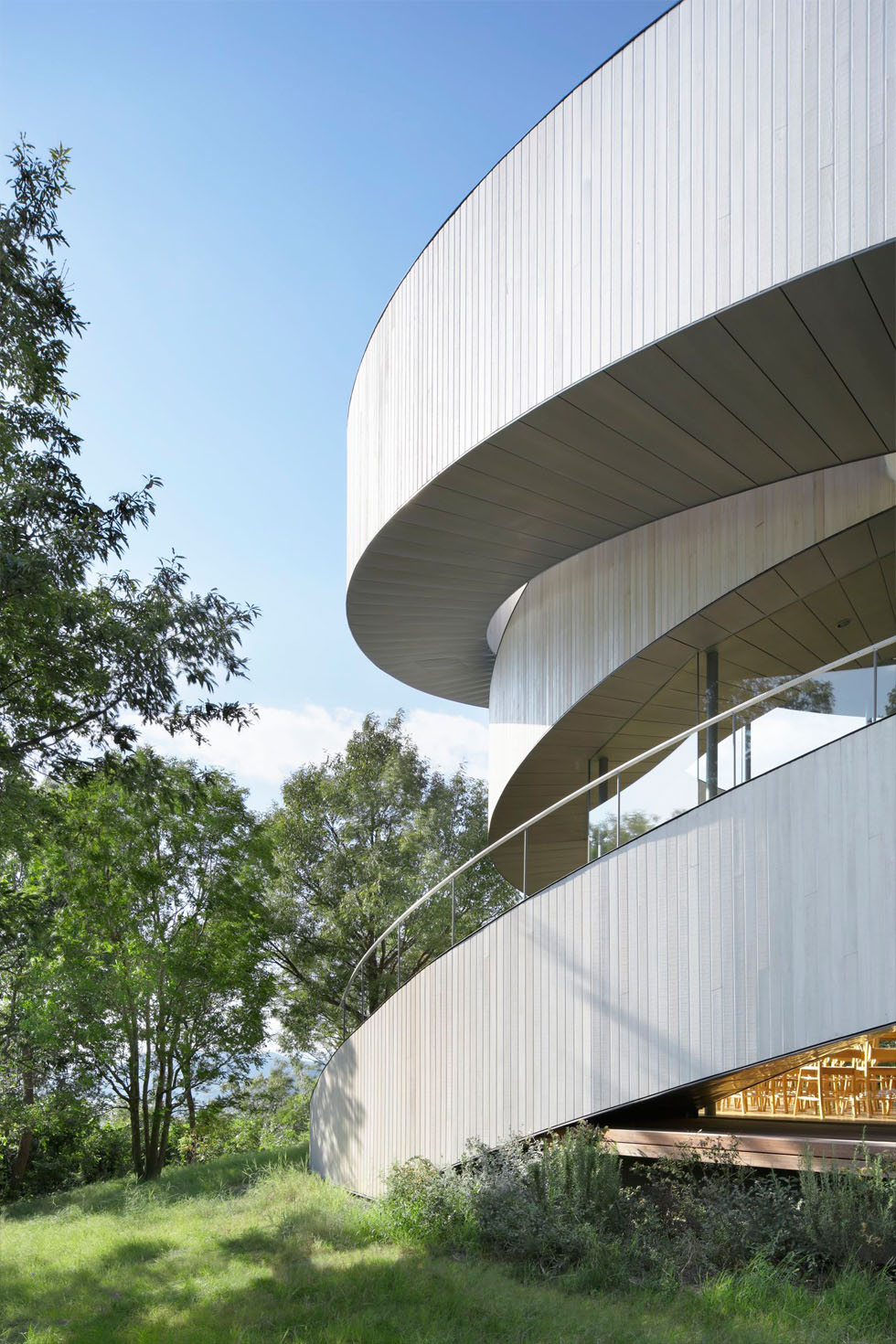 The chapel is midway on a hill enjoying a panoramic view of Seto Inland Sea of Japan. Mainly used for weddings, the chapel stands in a garden of a resort hotel, “BellaVista SPA&MARINA ONOMICHI,” in Onomichi, Hiroshima. 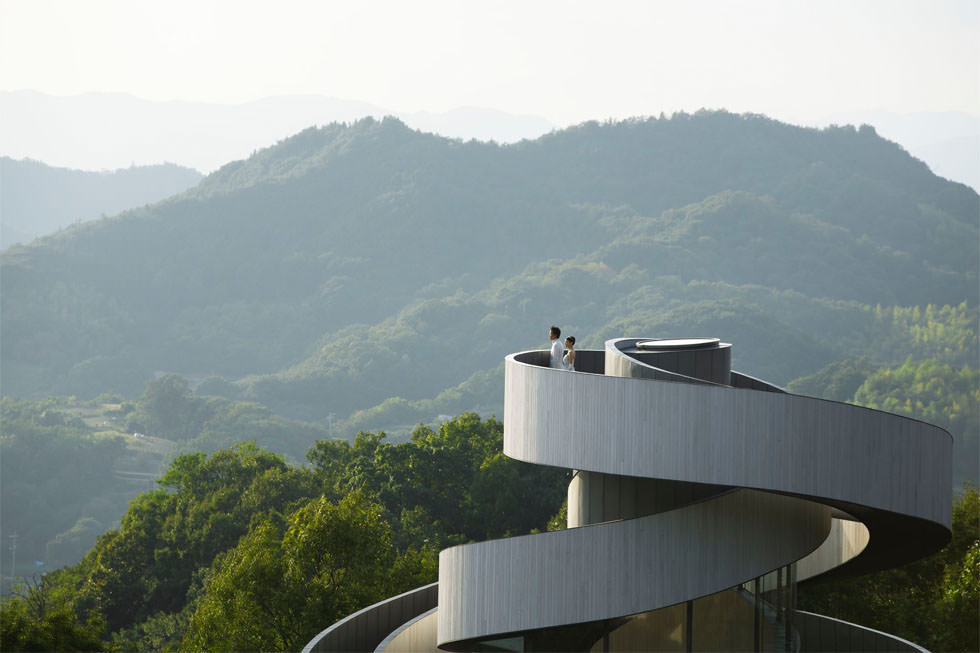 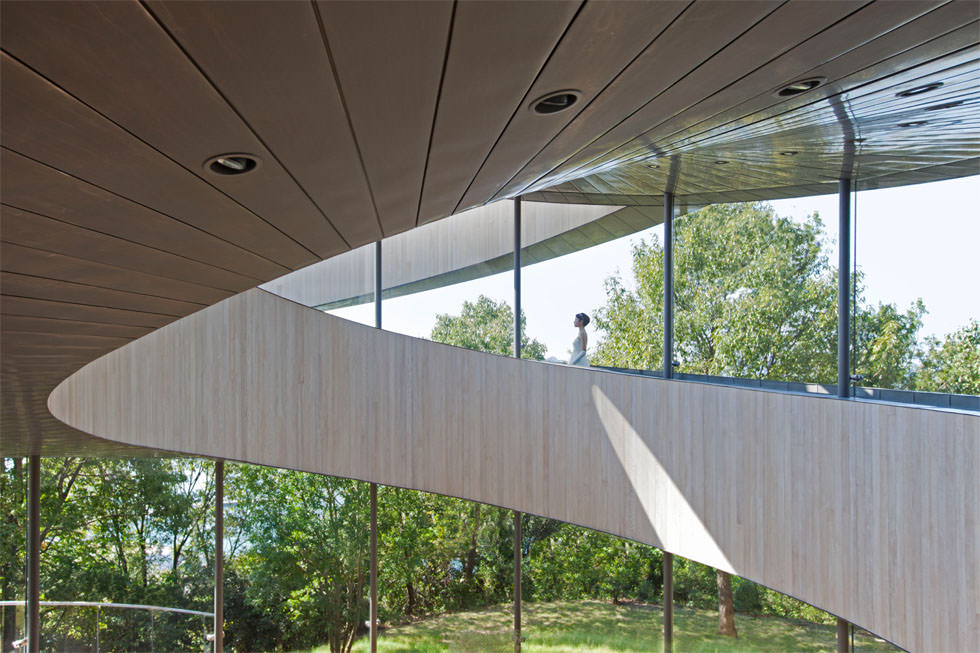 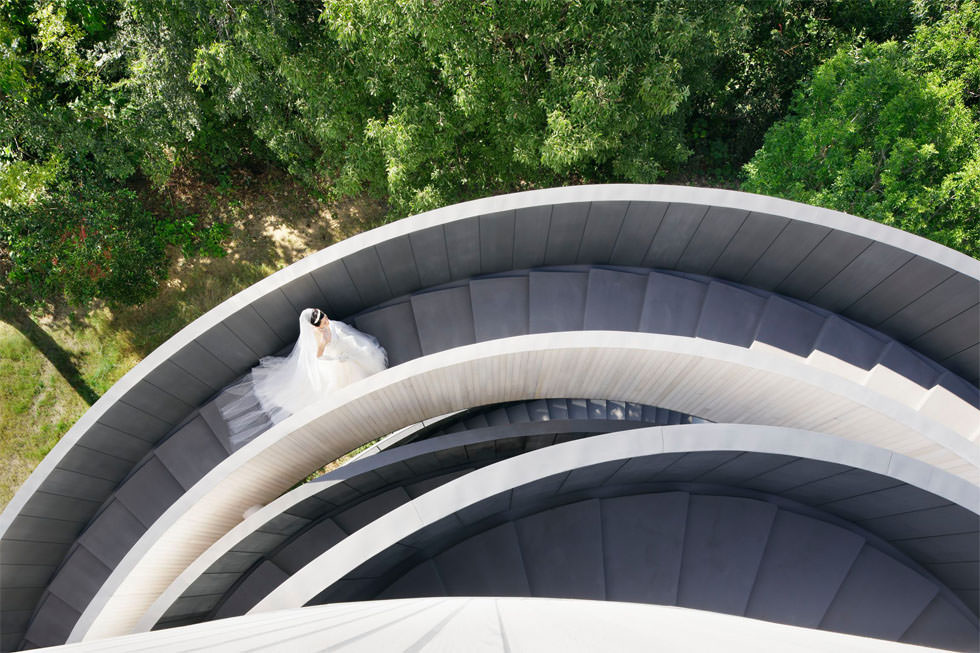 A wedding chapel is originally a building type that consists of passage. The aisle a bride walks down with her father becomes the departing passage for the bride and groom, and along the way is filled with profound memory and emotion. 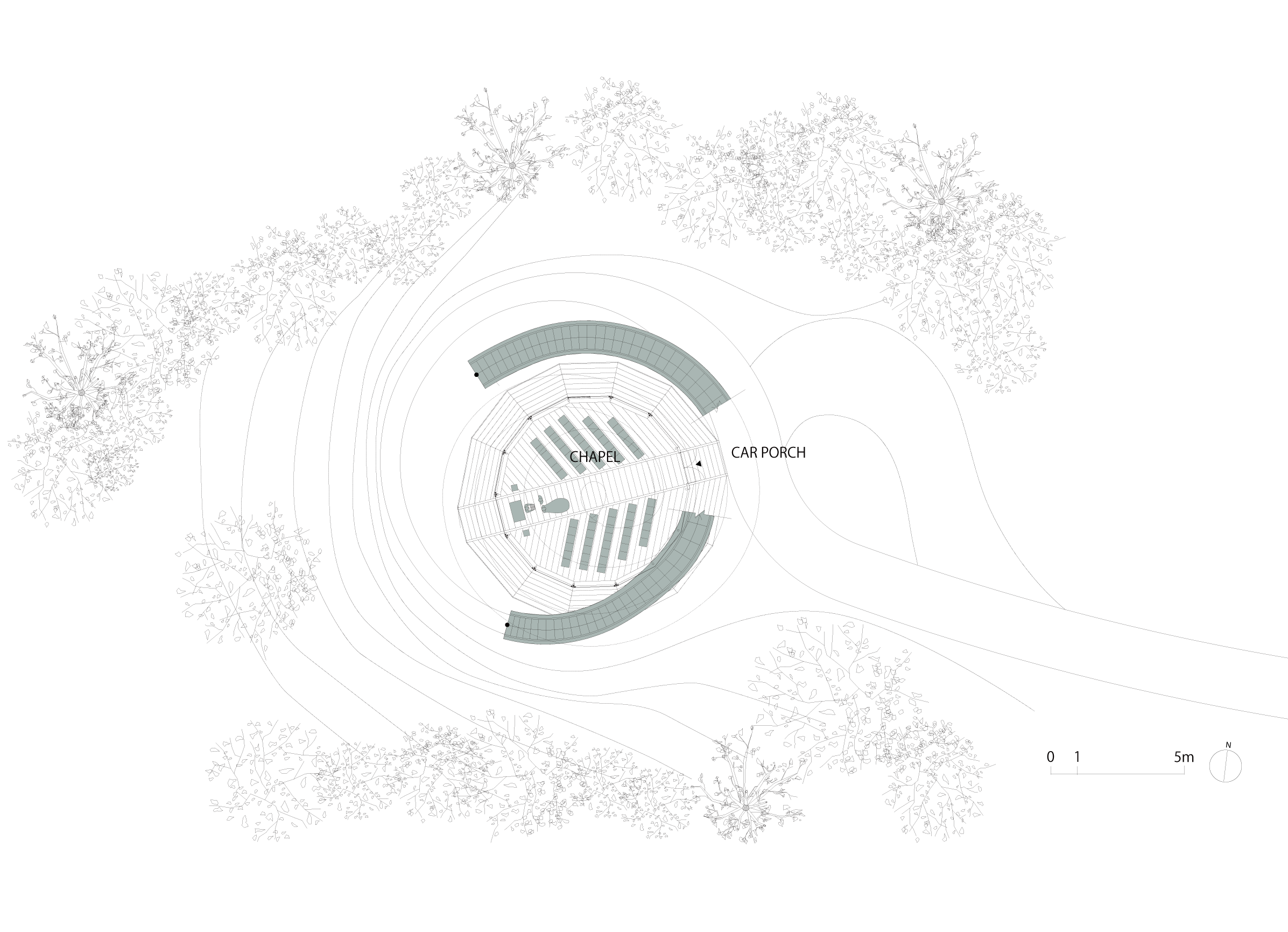 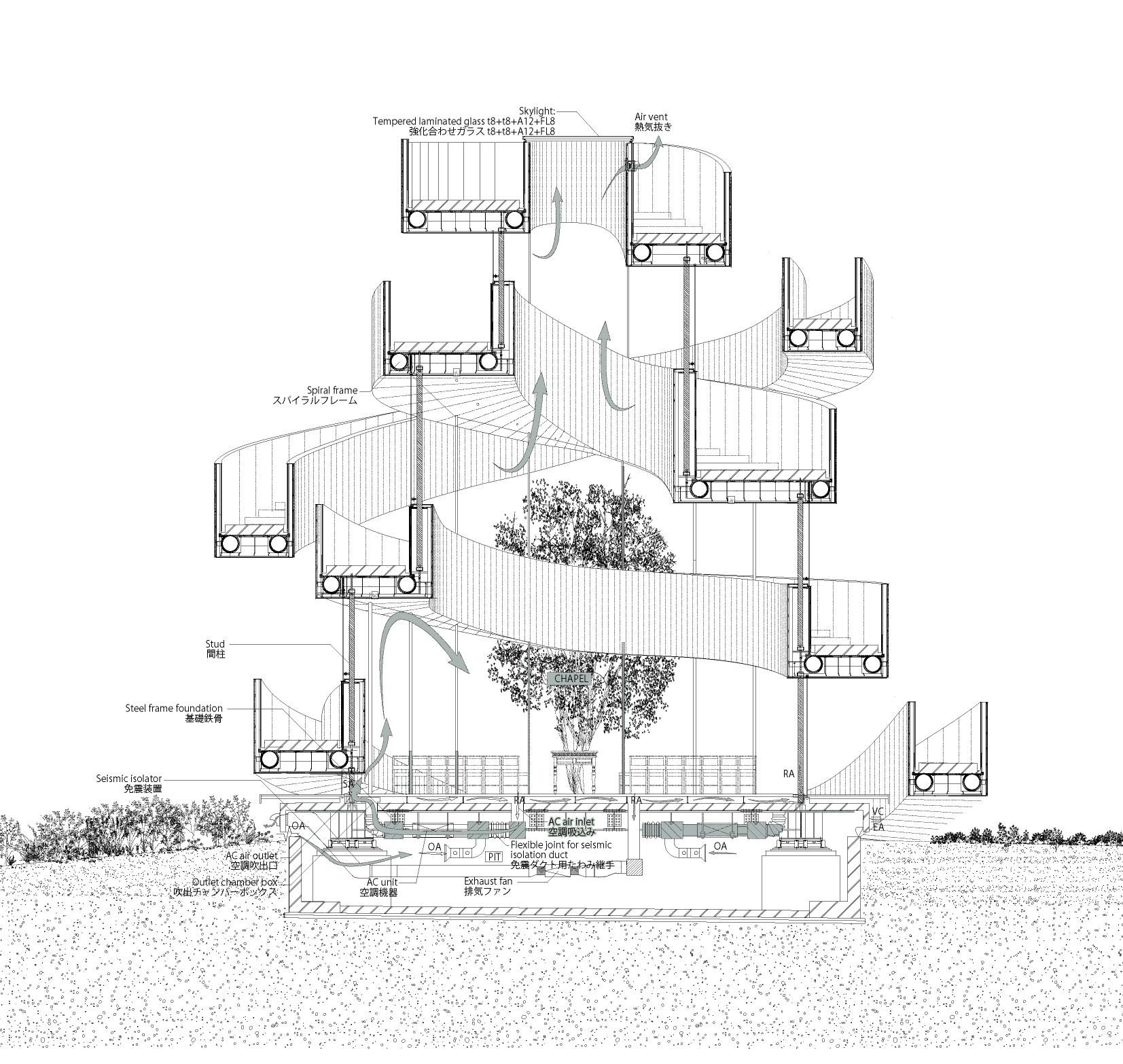 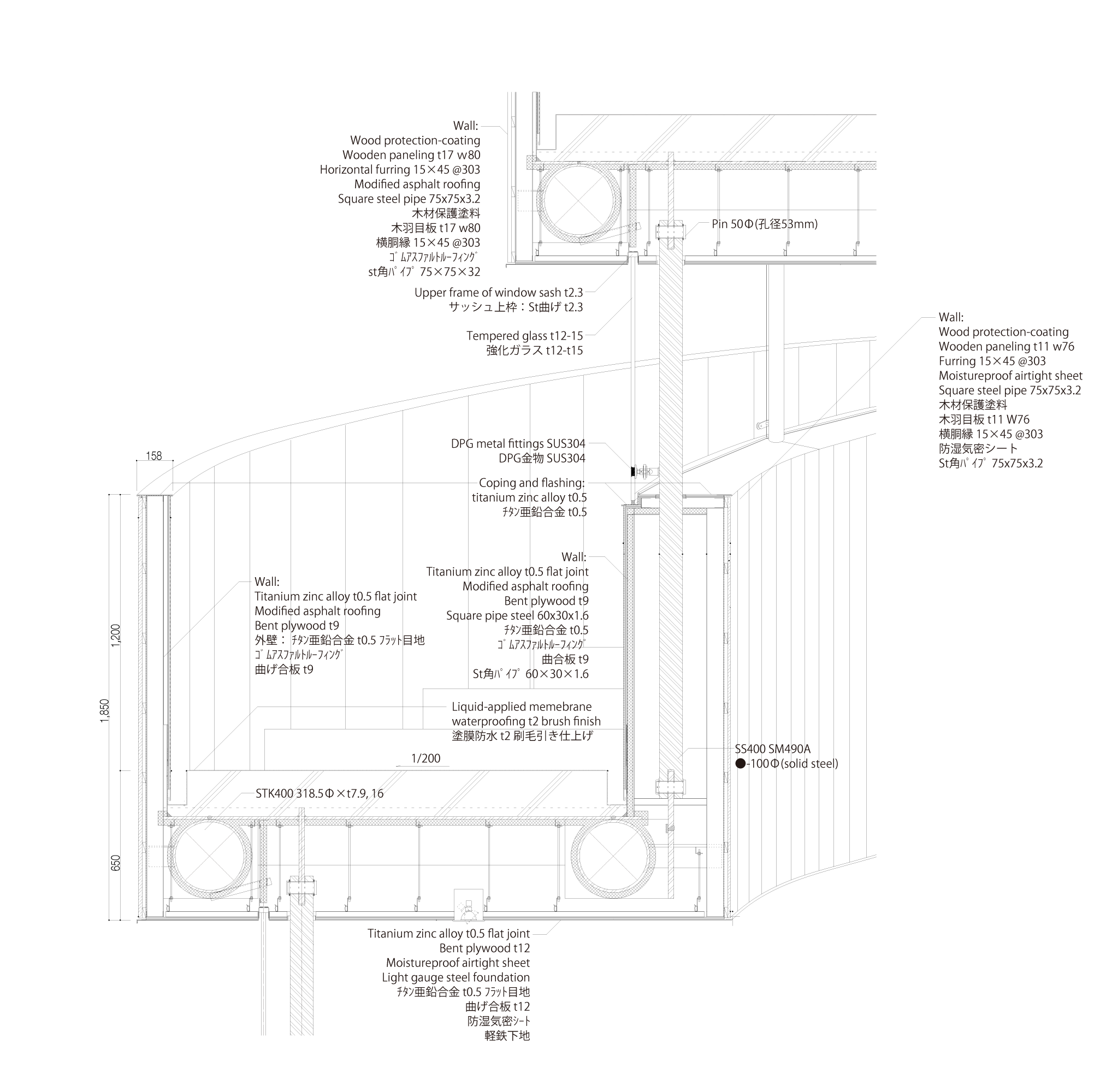 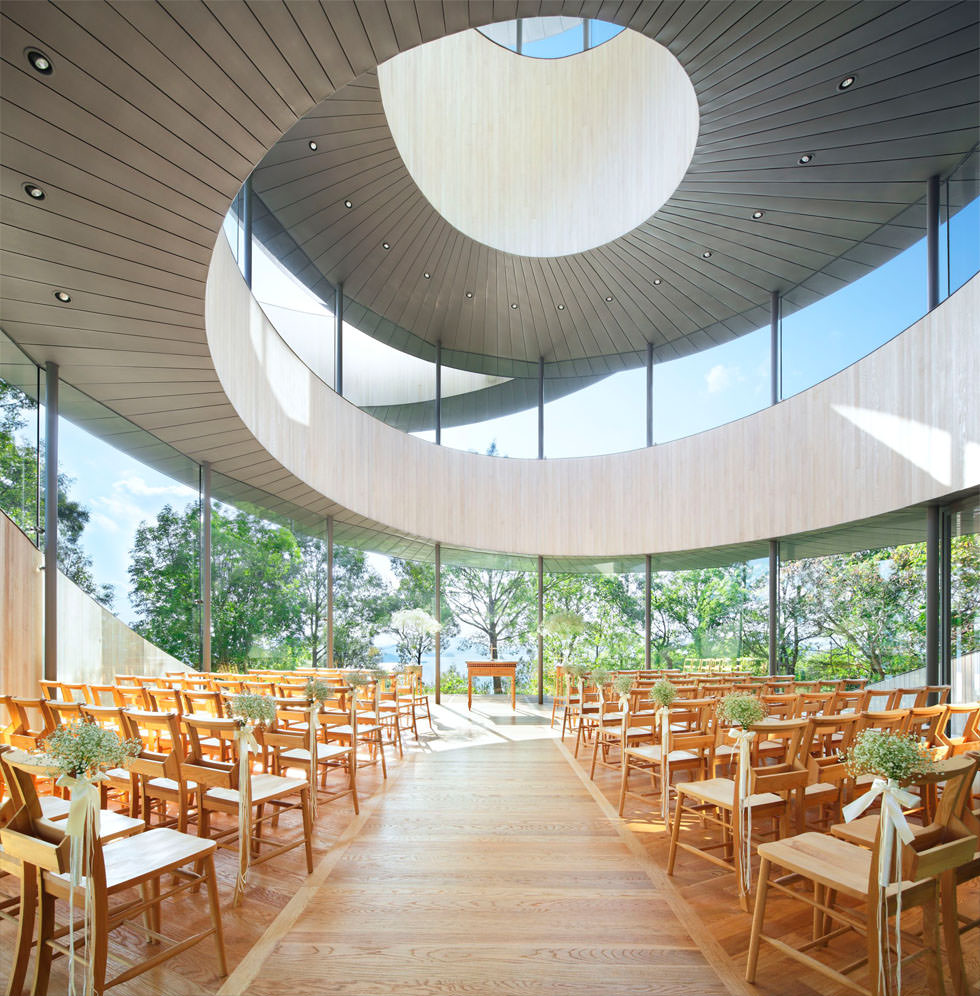 By entwining two spiral stairways, we realized a self-supporting structure that architecturally embodies the act of marriage in a pure form. Fortunately, in this chapel, the ceremony also takes form as the bride and groom climb separate stairways to meet at the top, ask for heaven’s forgiveness to join as one, and declare their marriage. The two who used to walk separate paths unite as one at the top, and descend the stairway together. It is essentially an architecture purely composed of flow of movement. 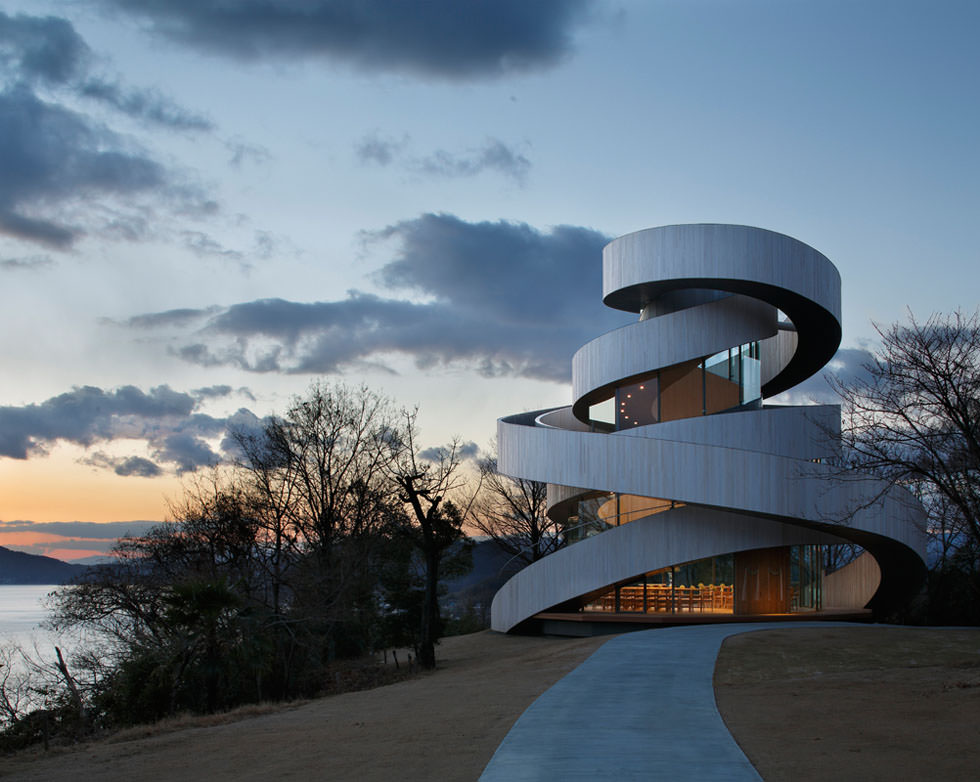