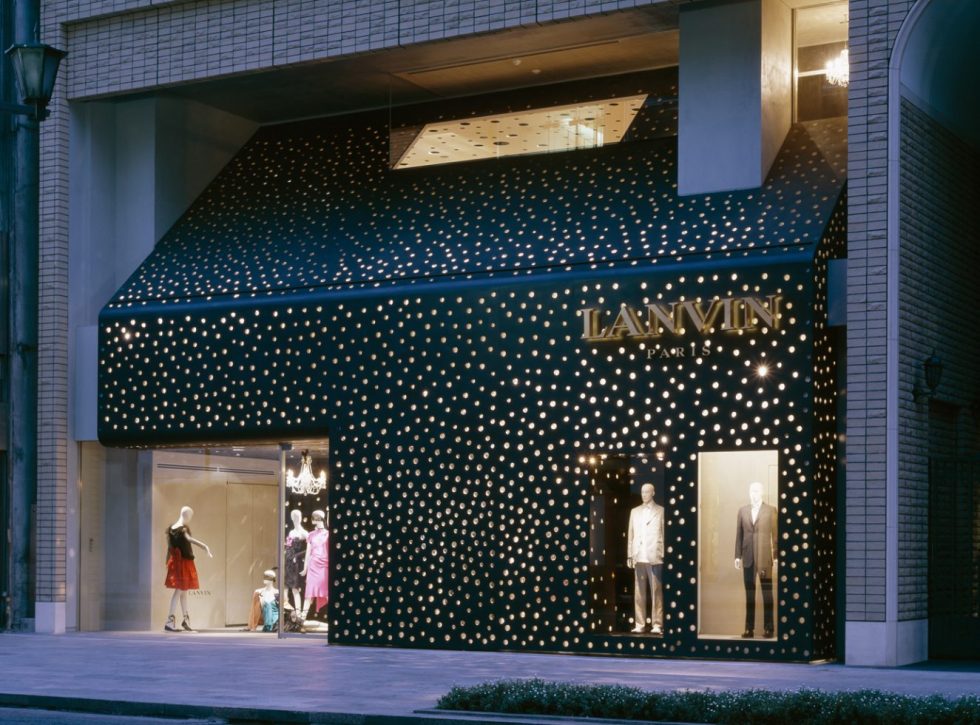 “Lanvin Boutique” located in Ginza Central Street; one of the busiest fashion districts in downtown Tokyo. Famous for their long history in haute couturier, the history of Lanvin began when Jeanne Lanvin, who used tomake beautiful clothes for her daughter. To express Lanvin’s values on their tradition and their spirit, we thought that “French mansion”, would be an appropriate starting point for our design. 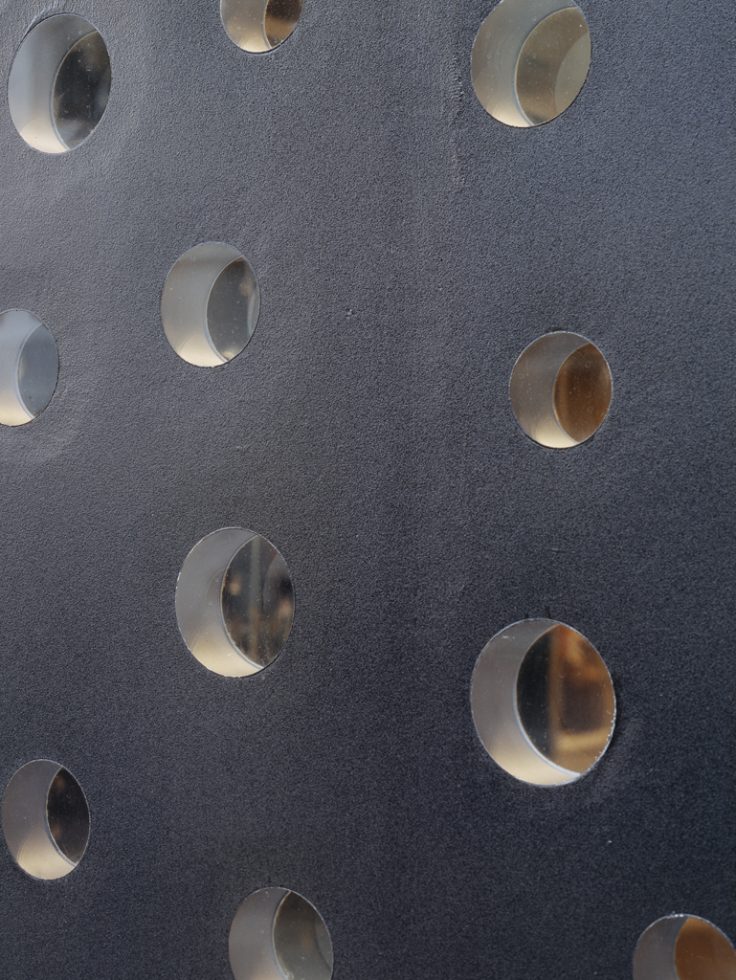 The excellent sewing technique of the brand is expressed in the building by embedding 3000 clear acrylic cylinders into a steel plate to give the impression of Lanvin’s diamond encrusted party dress.The acrylic windows became small display windows inducing people to look into the shop. These small windows transform the sunlight into the light particles, studded innumerably in the room, making a special, sublime atmosphere. 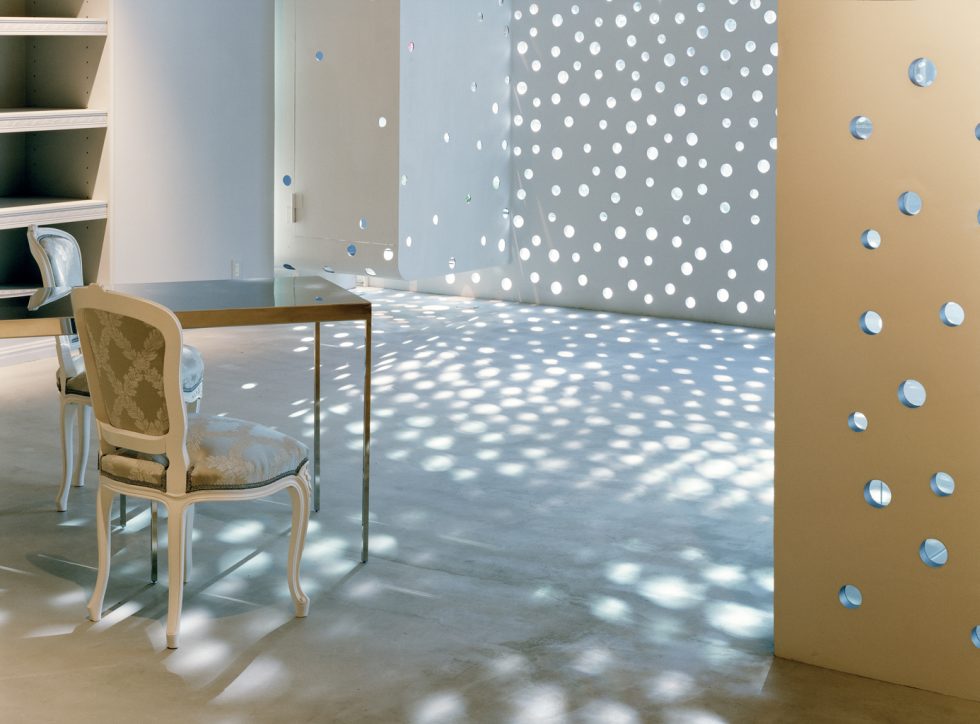 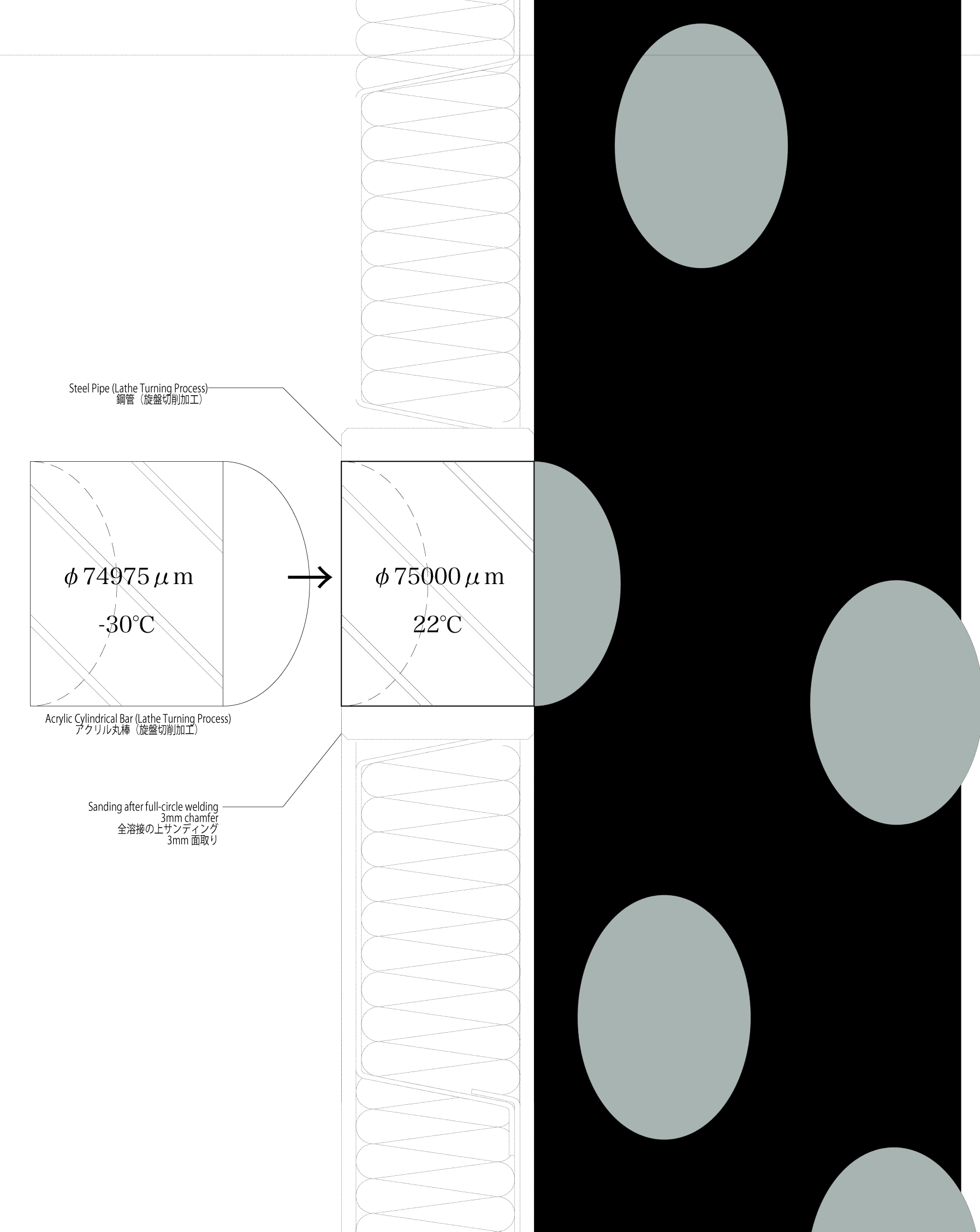 Normally, there are many elements composing a window, such as sashes and sealants, which would destroy the rich and delicate phenomena created by ligh. To eliminate those additional components, we looked into traditional methods of shipbuilding, and developed a technique called “Hiyashi-bame”. Constricted acrylic cylinders, which were frozen in -40 degrees in advance, were inserted into holes in the steel wall which are sharpened with micron precision by the the lathe machine. The cylinders then expand to fit in the holes as they slowly adjust to the room temperature. By using the natural forces of materials, construction was made possible without sashes, glazing beads, sealants or adhesives were realized. 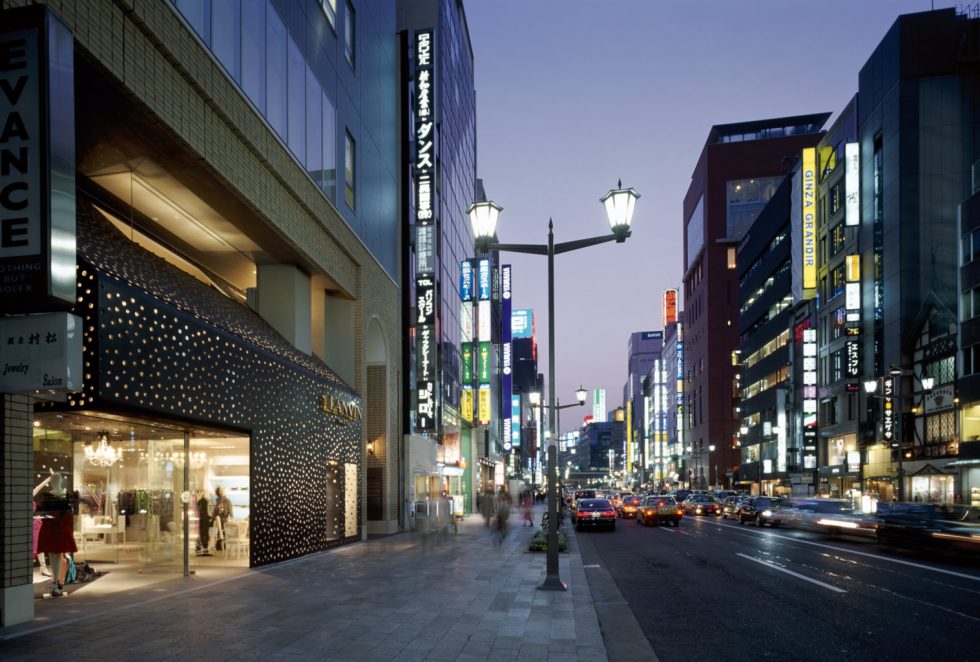 These windows allow beautiful light to reflect and diffuse like a kaleidoscope at noon, and scatters light like stardust on the street.