I am often struck by the nests that crows build using clothes hangers. Hangers are not only durable but also highly elastic, and they offer more hooks to connect than branches and hence are easier to assemble. Crows, flying deftly across the dichotomy of natural and artificial, are creating a functional and comfortable environment. 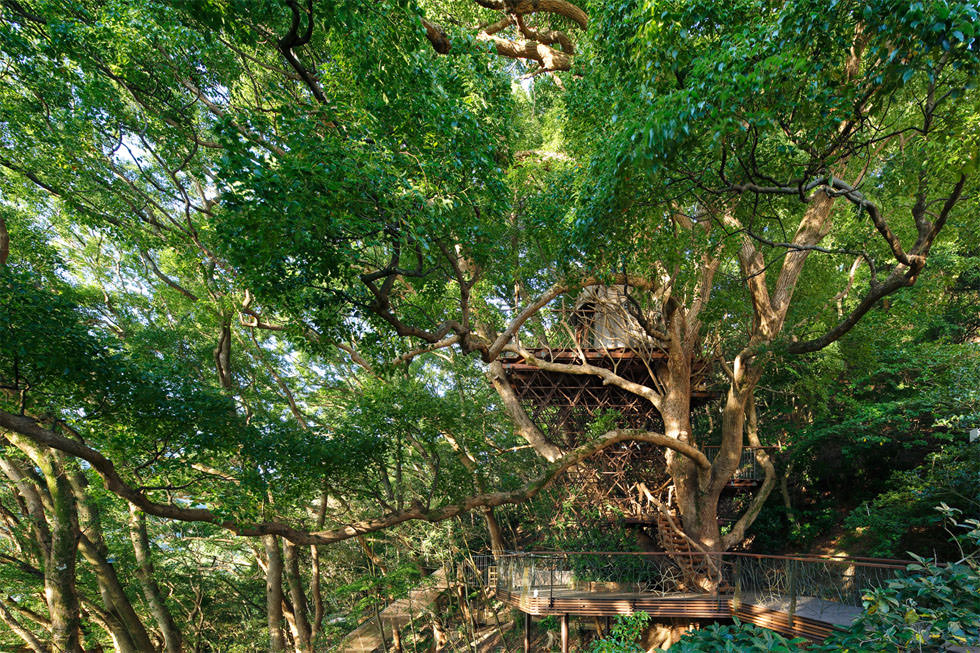 When I was thinking about how I would like to make a building like those hanger nests, I received a request from Takashi Kobayashi, a tree house builder. A tea house of 10㎡ or less was desired as the showpiece of “RISONARE Atami,” a new athletic zone built by Hoshino Resorts. The host tree was a great camphor tree over 300 years of age, 6m in girth and 22m tall, enshrined in a lush, virgin forest overlooking the ocean. It being a facility for the general public, we thought it should be structurally safe and easy to explain, hence we decided to create an independent building that does not touch the tree in any way. The site, however, was a steep slope inaccessible to heavy machineries, and the house itself would have to be established among complex, intertwined branches 10m above ground. 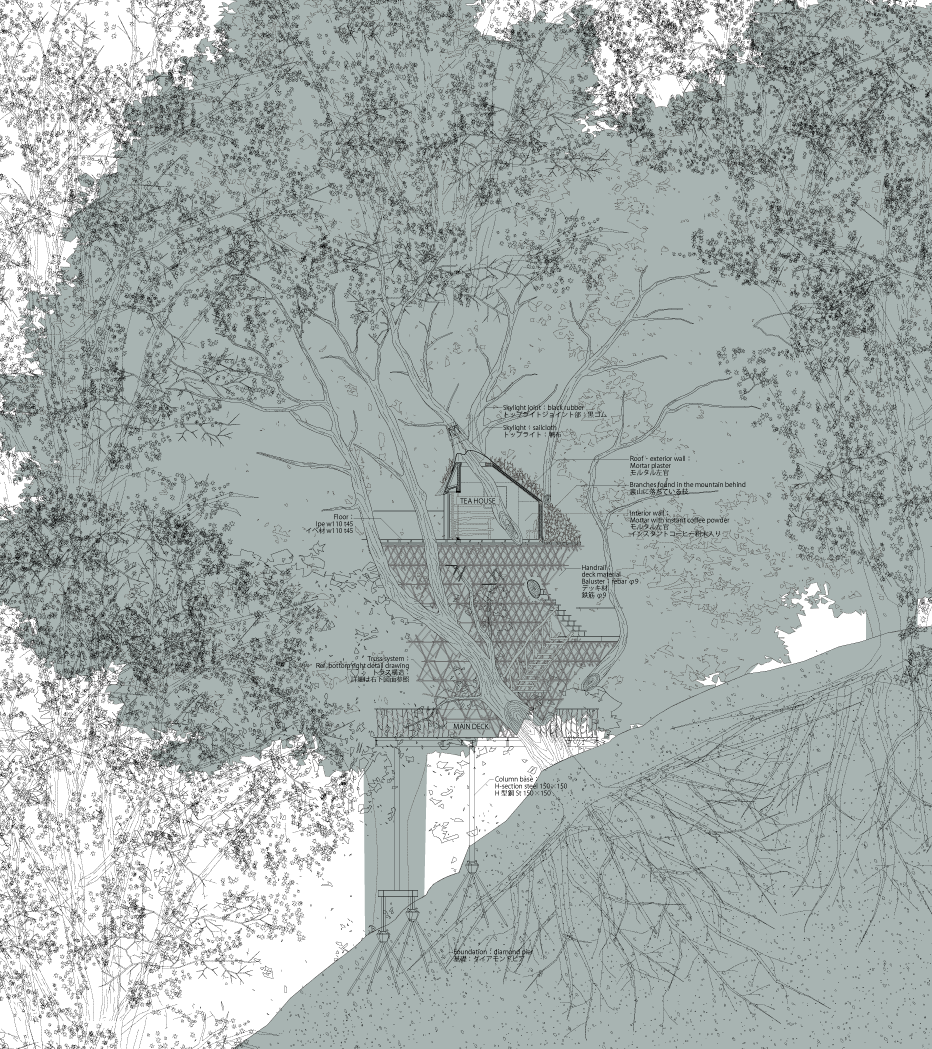 Therefore, to enable construction by manpower using light structural members, we chose a composition employing square and hexagonal solid steel rods, 3cm in diameter. Assembling the rods by connecting the surfaces, we constructed a truss held at two points by strong hexagonal bolts. For the base, we carefully inserted pier type bases between the roots in order to avoid the use of concrete or large-scale excavation. Using the structure itself as scaffolding, we assembled it by avoiding the branches similar to how birds create their nest, adding or taking out components based on structural analysis. 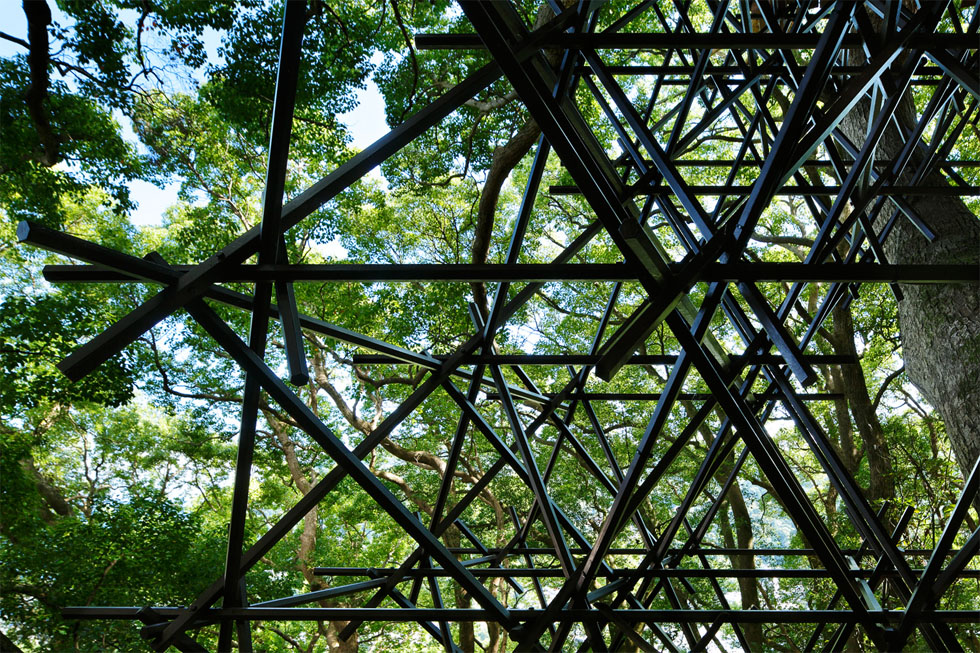 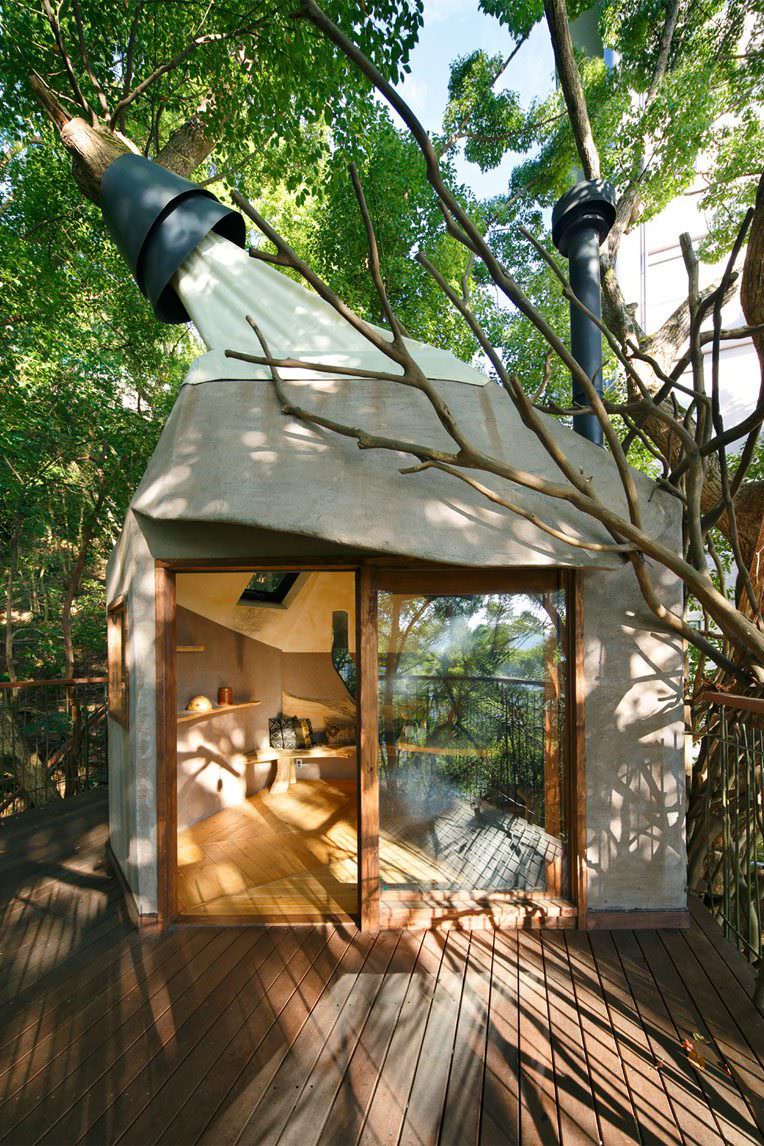 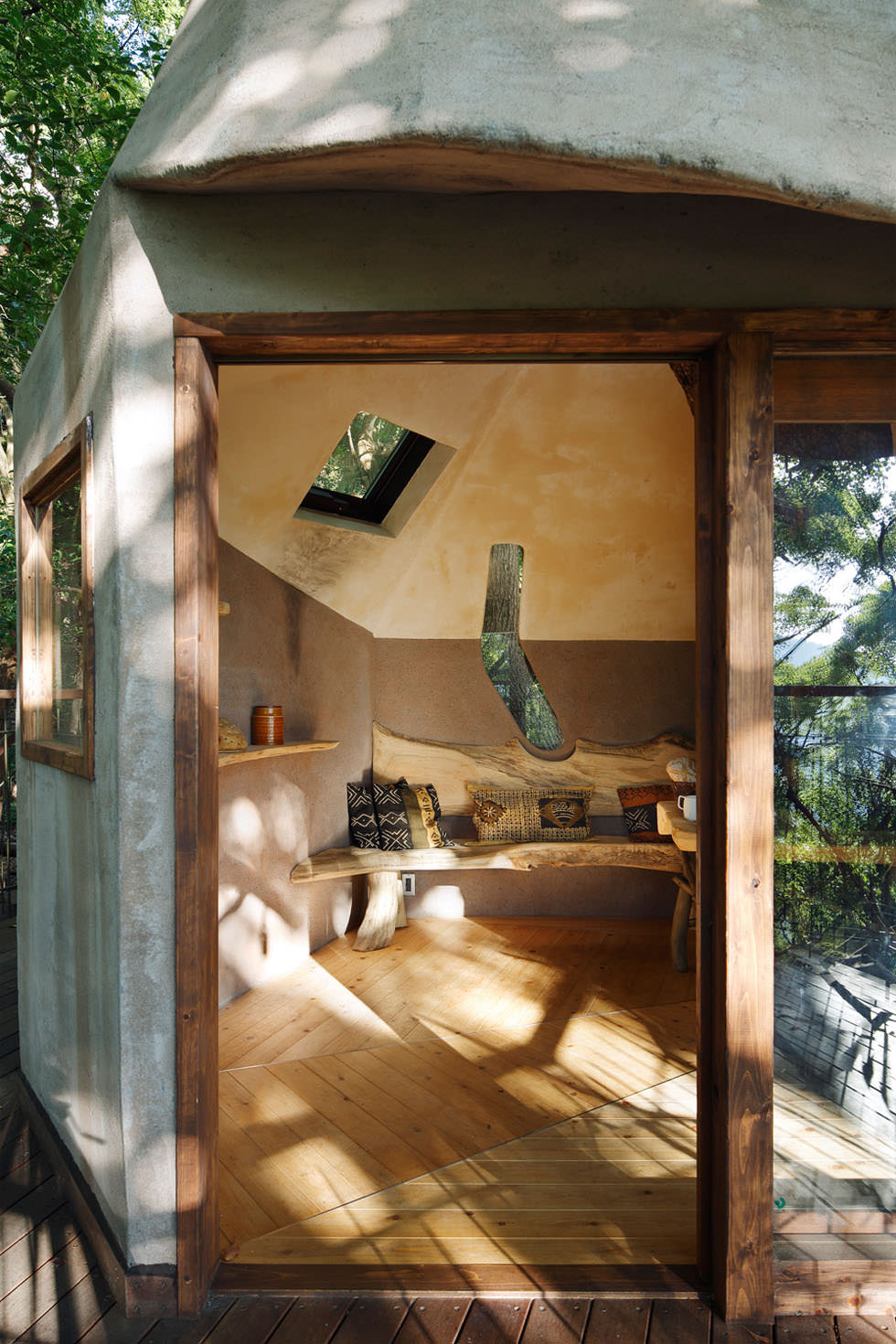 We mortared the room interior to be like a swallow’s nest. The design leaves open the possibility for visitors to experience nest building by picking up branches from the mountain side and fitting them into walls inside. The exterior appearance and interior space have a gentle and comfortable atmosphere reflecting the bodily scale of the builders. 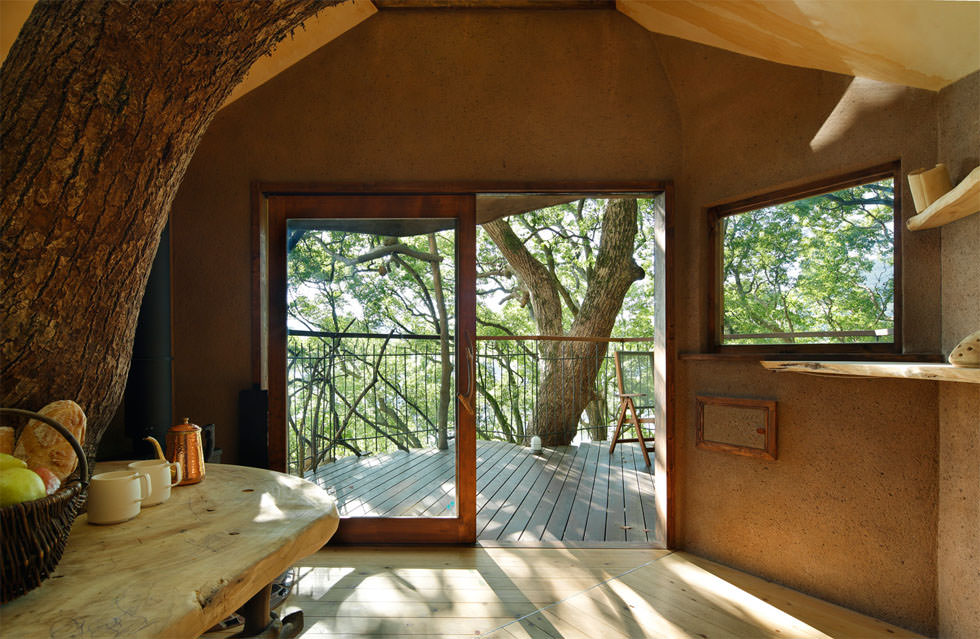 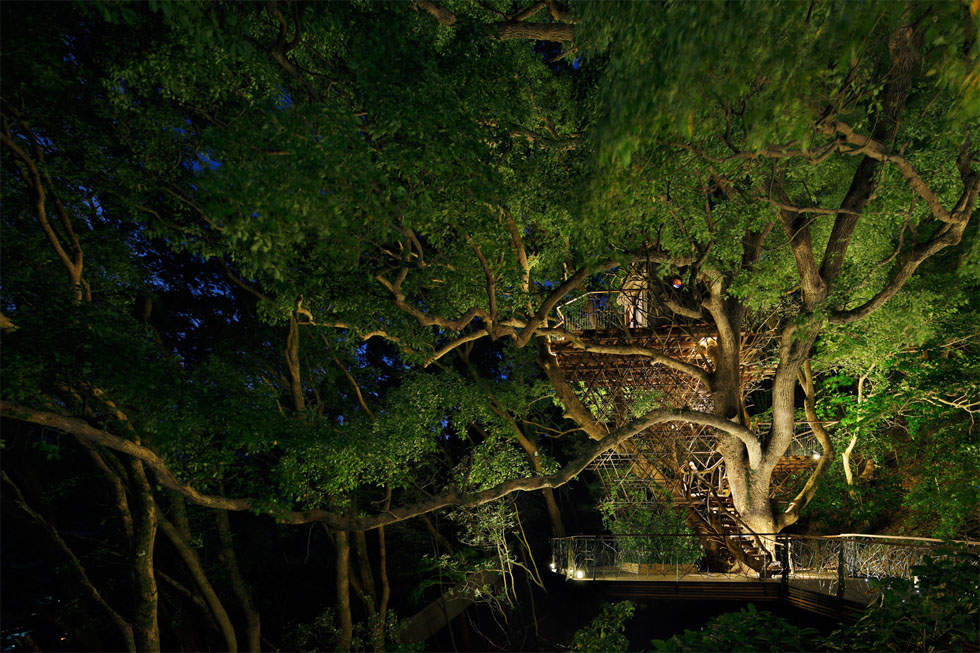 It is architecture assembled by intertwining components small enough to carry. The architecture can flexibly adapt to the tree form (as opposed to “site form”) and melts into the forest crowded with dark branches.

photo by Nacasa and Partners Inc.